Cattle Tick Cycle: Learn more about it and fight it effectively! 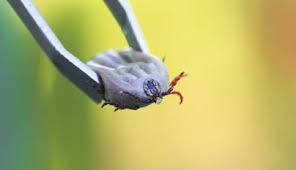 Originally from Asia, the species Rhipicephalus microplus, popularly known as cattle tick, is known to cause several problems for cattle ranchers around the world. To give you an idea, in Brazil alone, these parasites are responsible for economic losses that exceed 3 billion dollars annually. The losses are mainly related to the interference that the tick causes in the animal’s weight gain, the fall in milk production, the damage to the leather, and the transmission of diseases, such as bovine parasitic sadness (BPS), which can lead the animal to death.

But the question is: How can we carry out efficient control to reduce these losses? To answer this question, we first need to know the life cycle of the tick and the factors that interfere with its development. So what can we say about that?

The life cycle of the cattle tick is divided into two stages: the free life phase and the parasitic phase. A curious and important fact is that this mite presents a single host throughout life, usually a bovine. Below we detail the different phases:

It begins when the fertilized and engorged female tick (full of eggs) detaches itself from the animal (host) and falls into the pasture. At this time, the female enters the “pre-laying” phase, that is, the phase before the release of eggs, which lasts about 2 to 5 days. During this period, the production and maturation of eggs take place. Afterward, the female begins egg-laying, which lasts an average of 17 days. A female can lay an impressive number of 3,000 eggs, which means that the vast majority of ticks are on the ground and not on the animal. When hatching the eggs, the larvae come out, which have a rather characteristic reddish color. They are known as larvae. To develop, they need a host, so they gather at the tip of the pasture and wait for an animal to pass. When this occurs, they attach to the host and begin to develop. And that’s how ticks infest your herd!

Parasitic phase After the larvae attach to the host, the parasitic phase begins. Initially, they look for places where the host’s skin is thinner, with greater vascularization, easy to attach, and where they are protected against self-cleaning. That is why it is common to find ticks in regions such as the animal’s dewlaps, udders, and between the legs. After developing from 4 to 7 days in the host’s body, the parasitic larva becomes a nymph, which will give rise to the adult. When adults perform copulation, and after the female is fertilized, it feeds, engorges, and detaches itself from the animal, initiating a new free life cycle.

The period that goes from the first infection of the larva in the host to the fall of the female lasts an average of 21 days. At this stage, because they adhere to the animal’s body, which has a constant temperature, ticks are less affected by environmental conditions, so the cycle does not suffer from variations.

In the figure below, you can see how the complete cycle occurs: 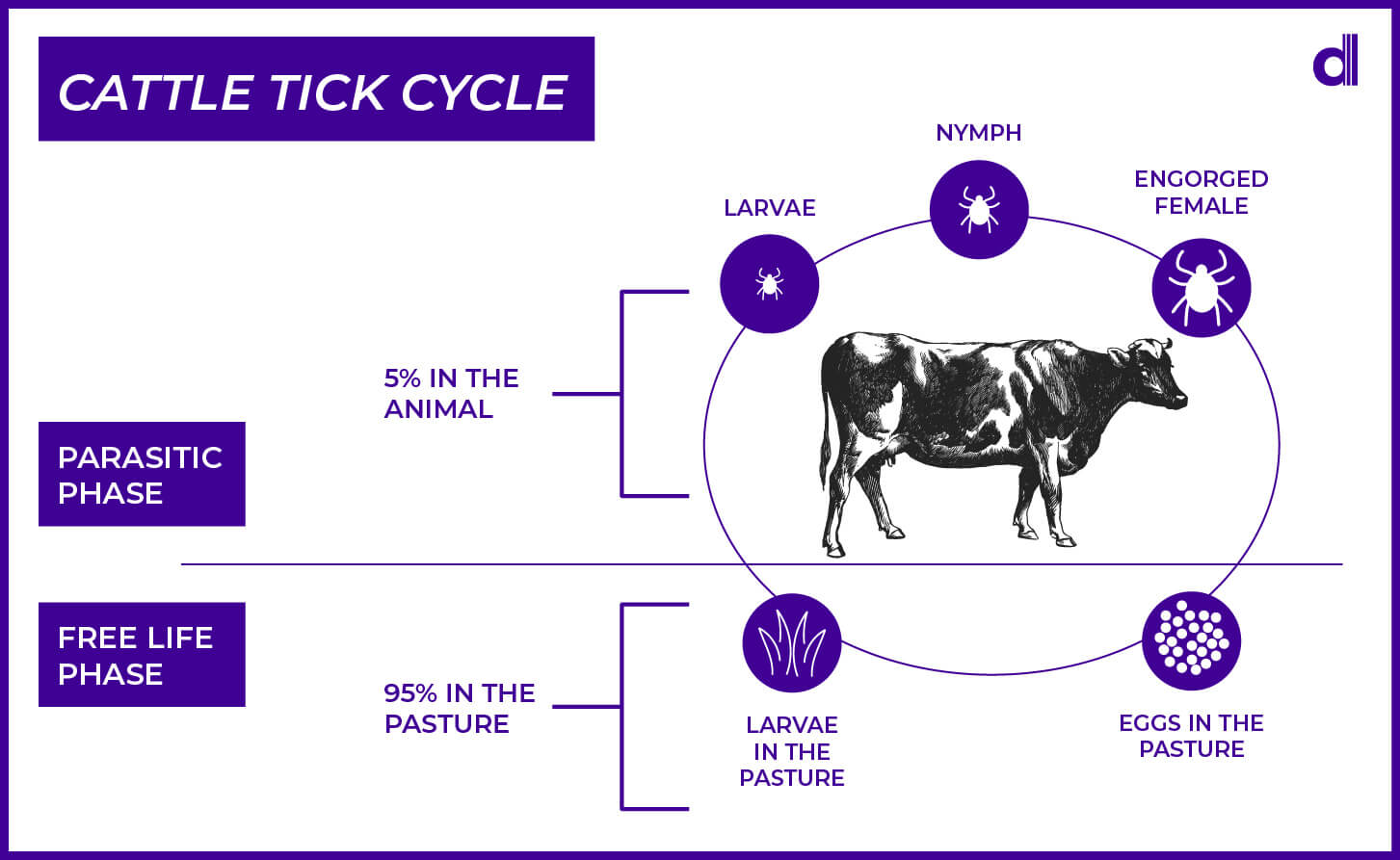 Now that you have arrived here and already know the characteristics of the cattle tick cycle, you must use this knowledge to perform the best management of the parasite. Success and efficiency in the control will result in no or reduced damage, better efficiency, and greater productivity of the animals. Keep following the Decoy blog for more information on the sustainable management of pests in your herd.