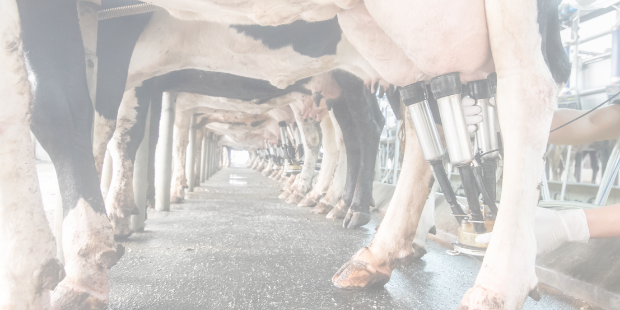 The consumer market is increasingly demanding. The search for products from systems that value sustainability and traceability is growing rapidly. In this scenario, the organic milk market is gaining more and more space.

Organic milk production is based on being economically viable, ecologically correct, and socially fair. In handling, the producer needs to be aware of several essential points in production. After all, the product needs to undergo audits and be certified to guarantee all processes.

In the system, it is essential that the livestock farmer is committed to environmental preservation, providing adequate working conditions for employees, and focusing on production excellence.

Is it advantageous to produce milk organically?

In this article, we will show you a little about the advantages of organic milk production. And we will learn in practice cases that were successful with the support of Decoy.

What is organic milk?

Organic milk is produced by not using chemical inputs in the animal’s diet. The basis of cattle feed in this system is organic. To be organic, milk must be produced in compliance with all the requirements of Law 10,831, Normative Instruction 46. This law makes it possible to find the regulation on production, storage, labeling, transportation, certification, marketing, and production supervision.

In general, in pasture management, chemical fertilizers or pesticides should not be used; the basis of animal feed should be predominantly organic; antibiotics, dewormers, growth promoters, or molecules based on the chemical basis of animal treatment are not allowed; among others. In addition, it is not allowed to use vitamin or mineral supplements that can leave chemical residues in the milk.

One of the main points of organic milk production is the quality of life of the herd. In the system, animals cannot be raised in an exclusive confinement system. Animals need free access to quality water and shaded areas. Sanitary control must be based on homeopathic, herbal, and biological control products.

Organically produced milk has the highest added value in the market. Consequently, the producer’s profitability is higher. Its consumption is currently still limited to a small portion of the population. However, more producers will join the system as technologies become available to the sector. Thus, the demand for the product in the market will grow, and the product will be more easily found on the shelves.

As we can see, it is necessary to replace chemical products with biological products for production to be carried out. The cattle farmer, in general, still finds it very difficult to find solutions for the organic management of livestock. Migrating from the conventional system to the organic system is a challenge. But the producers are not alone! Decoy works through research and development to make this production a reality. Our team is proud to bring effective and sustainable solutions to milk producers.

Gilson Antônio Berto, an organic milk producer from Alto Alegre/SP, shared some of his experiences. He says that he sees great advantages in this production system because it is safer and has a lower environmental impact. Regarding the economic advantages, he ensures us that it brings higher profits.  All of these advantages were made possible through the access to technology:

“At the beginning, there was no partner company for this type of product (organic), but as soon as Decoy opened the opportunity to use the product, we entered the project. The tick was my and other producers in the region’s main concern. As soon as we learned about the product, we got in touch and arranged a meeting; we trusted the information given to us, and that gave us peace of mind to enter the project knowing that we could control this villain (the tick), without the use of chemicals.”

Mário Dotta is one of the organic milk producers that sell to Nestlé. He told us a little about his career and experience in the sector. The idea of producing organic milk came in 2013 when Mário was still producing the conventional way. He says that he was invited to visit a flagship production facility in the region to understand how it was carried out.

“I realized that the form of production was similar to the conventional one.  Rotational grazing in the summer and semi-confinement with supplementation in the winter. I noticed that my production could fit into the system with the necessary adjustments. ”

At that moment, he chose not to make the transition from conventional to organic production. The transition cost was still high, as the property needed to undergo a transition period to the organic system. During this period, which would take six months for animals and one year for soil, the producer did not have the organic certification. And for this reason, I was unable to market the product at a price charged in the organic market. But in 2017, Nestlé approached the producers in the region where Mário operates and suggested that they adapt to the organic system. At that moment, the producer says that he made the decision to enter organic production for two reasons:

“Our conventional production system was already adapting to the transition, and we began to notice a strong market demand for organics of animal origin.”

When asked about the advantages of production, the cattle farmer told us that in addition to the market advantages, he has managed to maintain good productivity in the organic system, similar to that of the conventional system. As soon as he decided to carry out the change, he accepted the partnership with Decoy and started the management of ticks in the herd.

“Initially, I used the biological method to control ticks in animals. We applied the product several times in animals and in about a month we solved the problem. It had no side effects on the animals, nor did I have any problems with milk waste. Then I started applying the product to control ticks in the pasture. In the year of application, we had the best performance in relation to the incidence of ticks.”

Regarding the partnership with Decoy, Mário states:

“It helped a lot, it came at the right time, and the technology met our expectations. If the producer does his homework in control, there’s no going wrong with this.”

Our team is very proud to collaborate on these success stories. The sucess of the ranchers is also our sucess. We believe in the strength of collaboration and continue to seek solutions in nature to improve the quality of life of animals and producers.