Why know the mechanisms of action of chemical and biological pesticides? 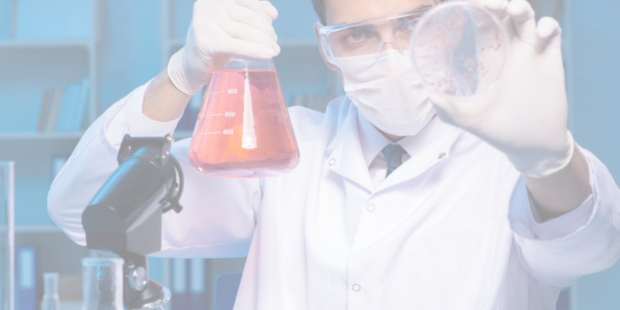 The mechanisms of action are how the products act to control the target pest. Chemical and biological products act in different ways, so the approach to management is also differentiated. Each product will act in a specific way. In general, insecticides show the fastest results. However, biologics have the most lasting results.

Let’s know what are the differences between these products?

Mechanisms of action vs. chemical

To explain briefly: the nerve cell called the neuron has a long filament, in which the nerve impulse is transmitted until it reaches the body of the organism. The mechanism of action of insecticides acts on these neurotransmitters by inhibiting nerve impulse currents, which causes the death of the insect.

When the producer chooses an insecticide, it is necessary to choose the correct product that has the right mechanism of action associated with the inhibition of the correct impulse. Due to the nature of the product, they can act on the musculature, growth or development, the middle intestine, and the respiratory metabolism; some mechanisms are considered unknown or nonspecific.

Mechanisms of action vs. biological

Biological control can be characterized in a synthetic way, such as the use of living organisms to suppress the population of a specific pest, making it less abundant and less harmful. These natural enemies can be various organisms, the most well-known and applied in agriculture being viruses, fungi, and bacteria (microorganisms), and insects and mites (macroorganisms). They are used directly to regulate the pest population.

The main mechanisms of action of biological agents are antibiosis, parasitism, and predation. Let’s get to know each of them better below:

Pathogenicity: occurs when two organisms interact, and one species blocks the growth or reproduction of the other. In this case, associated mainly with microorganisms, the target pest is infected by the natural enemy that makes it “sick.” It is very similar to what occurs with human diseases; the pest stops feeding, becomes weak, and stops its natural functions. The infection kills her and can often re-infect other target pest organisms. This is how Decoy performs the control of the cattle tick naturally, using a species of natural fungus,

not aggressive to humans or the environment.

Parasitism: Parasitism is the phenomenon in which a particular organism uses the other organism to develop. There are some cases of very well-known species in agriculture, such as the parasitic wasp Trichogramma pretiosum that develops using eggs of pest species. Cotesia flavipes, on the other hand, parasitize caterpillars and develop using their body fluids. Parasitoid species always end up killing their host.

Predation: As the name implies, it is the mechanism of predation. In this case, organisms that feed directly on pests at various stages of their development, such as eggs, larvae, or adults, are used. An example is Orius insidiosus, a predator known as insidious flower bug that feeds on various agricultural pests such as thrips and caterpillars.

As we have seen, biological control is quite advanced in agriculture. However, in livestock, innovations in the sector are also accelerating. Decoy is keeping an eye on the biological control demands in the livestock sector to develop new technologies to solve these problems.

Advantages of biological versus chemical control

The use of natural enemies used as biological control agents leaves no residue in food, are safe for the farmer and consumer, and protect the environment. On the other hand, chemicals can leave residues in products, which goes against food safety precepts.

Another relevant point is pest resistance. Many pests acquire resistance to the chemical molecules of the products, which hinders their control and can cause severe damage to crops, pastures, and herds. Biological control agents reduce the risk of selection of resistant organisms, as occurs with chemicals. This is mainly due to the way biological control acts and the genetic variability that also occurs in natural enemies. The absence of the grace period between the release of the natural enemy and the extraction of milk for sale, for example, is a notable advantage in using biological control in livestock.