IPM: do you already do it and don’t know it yet? 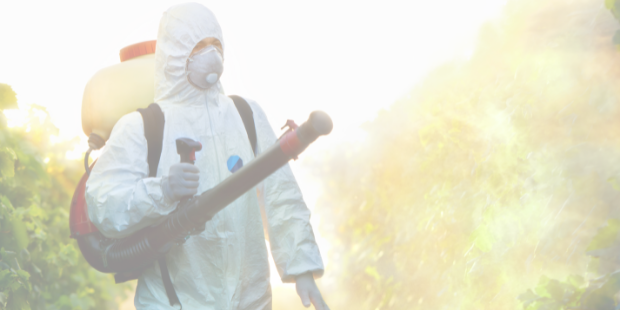 Pest management is a fundamental practice to combat organisms that harm production. It is effective in controlling phytosanitary threats and promoting sustainability in agriculture. The constant demand for food with a lower level of chemical waste is growing rapidly. Likewise, the production needs to be developed in a healthy and balanced environment, which offers resistance to the emergence of pests that cause imbalance and economic losses.

In this scenario, Integrated Pest Management (IPM) emerges, which is increasingly adopted by producers and brings beneficial results in pest control and even savings in the application of pesticides.

But do you know what IPM is? Do you already apply this technique and don’t know it yet? In today’s text, we will tell you everything you need to know about this technique.

Integrated Pest Management is a set of techniques that associates the environment with the population dynamics of the pest. Simply put, IPM is a disease and insect control strategy. In other words, it unites a set of measures that aim to keep pests below the economic injury level (EIL). The measures are applied when the population density of the pest reaches the economic threshold level (ETL). When the pest population remains below the ET, it is considered at the equilibrium position (EP).

If you carry out pest control management, such as visual observation and application of pesticides, you already carry out IPM. Often, producers believe that the techniques require a lot of technology and are complicated. But that is not true! The IPM is a simple system that assists the producer in better decision-making. In some cases, the correct use of these techniques can reduce the use of insecticides by 50%.

Pillars of the IPM

Integrated pest management takes into account some important precepts that should be points of attention for the producer. Environmental conditions will involve plant phenology, nutrition and stress, insect phase, weather factors, and natural enemies. Constant monitoring through sampling in the field helps to detect pest infestation. Knowing the biology of pests is essential to carrying out the correct monitoring and control.

The pillars of the IPM are based on six main precepts:

Cultural control: It’s the use of agricultural practices that are normally used in cultivation. Examples include crop rotation, fallow, tillage, regrowth, and trap crops.

Biological control: Direct action of natural enemies to maintain the density of pests at a lower level than that which would occur in their absence. It aims to preserve organisms that are already in the environment. As well as using this organism in production.

Behavioral control: It uses hormones, pheromones, attractants, and repellents to modify the target pest and reduce its population. They are also important for monitoring pests, for example, pheromones that catch insects in traps. With the correct recommendation, the use of these products assists the producer in making the right decision on the application of pesticides.

Genetic control: Control through hybrid sterilization. It is the well-known sterile insect technique, where males of the pest are produced in the laboratory, and when released into the field when they find the females, they do not reproduce. Thus, the population of the pest is reduced.

Mechanical control is quite artisanal and reduces the pest population through direct pest removal techniques. It is less common due to the high labor requirement.

Endurance: Use of organisms that are resistant to major pests. They are obtained through breeding and are techniques performed mainly on plants. Some pastures, for example, are more resistant to some types of soils, drought, or pests.

It is important to remember that the objective of integrated management is not to eliminate pests but to reduce their population below the economic threshold level. It is important to work together with the ecosystem to make the environment as healthy as possible.

The infographic below shows in more detail how the system and the pillars of IPM integrate for the improvement of the entire system.

Below are the main benefits of using integrated management techniques: